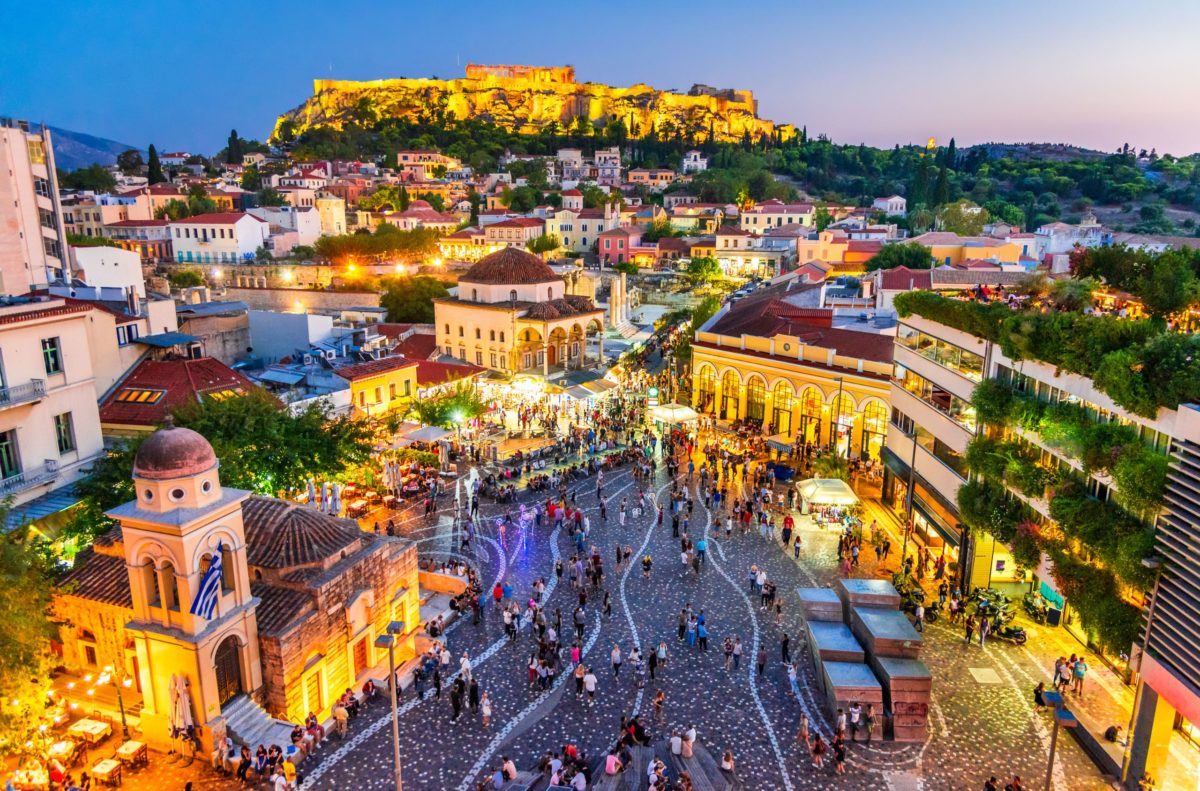 After decades of planning and building cities around mobility that focused on cars, decision-makers and urban planning advocates are reclaiming the city by putting people’s needs at the heart of planning decisions. That’s where the concept of a ’15-minute’ city comes in. This is a decentralised urban planning model, built out of a series of ‘5-minute’ neighbourhoods, in which each local neighbourhood contains all the necessities and social functions to live, work and play.

In a world where cities have long-term goals to increase walking and biking to improve urban life and reduce carbon emissions, the ‘15-minute’ city and ‘5-minute’ neighbourhood is a framework for making cities more inclusive and equitable.

We want to see these changes taking place around Greece, too. Athens has the potential to grow into a 15-minute city because its social fabric has already laid the foundations for it. When we look at the Athenian city grid, we notice an interesting and repetitive pattern across the whole urban sprawl that underpins most of the city: the presence of the plateia.

Plateia is the Greek word for town square. It’s where people gather to work, move, play, socialise, and eat in tavernas or grab a coffee. Often, the plateia is built around a church, and functions as the meeting point where people come to worship and celebrate as well. Almost every Greek neighbourhood has a plateia, and each plateia reflects the unique cultural and social aspect of each neighbourhood.

The plateia can be linked to the urban planning concept of utopia. Developed in the 19th century as a town planning term by Scottish polymath Patrick Geddes, an urban utopia is the ideal city where ‘folk, work and place’ come together; it’s a concept that’s deeply integrated in the social fabric, and psyche, of Greeks. This is why the plateia can be considered the Greek urban utopia.

To add to that, most of the Athenian neighbourhoods are already built around the concept of a ’15-minute city’. What we want to see is this being taken further in Greek policy legislation by:

Athens has grown, shifted, and expanded over the centuries; what’s crucial now is that it shapes itself into a city that puts its citizens’ urban needs at its heart.

Share this article:
Previous Article
Agrivoltaics: an opportunity that brings agriculture and renewable energy together
Next Article
Thinking inside the ‘box’ – Cargotecture in real estate development